Saratoga Sales Earned The Warner Trophy, So Named After the Late Jerry Warner, in Recognition and Dedication to the Ethics, Values and Commitment That Lead to Sales Excellence 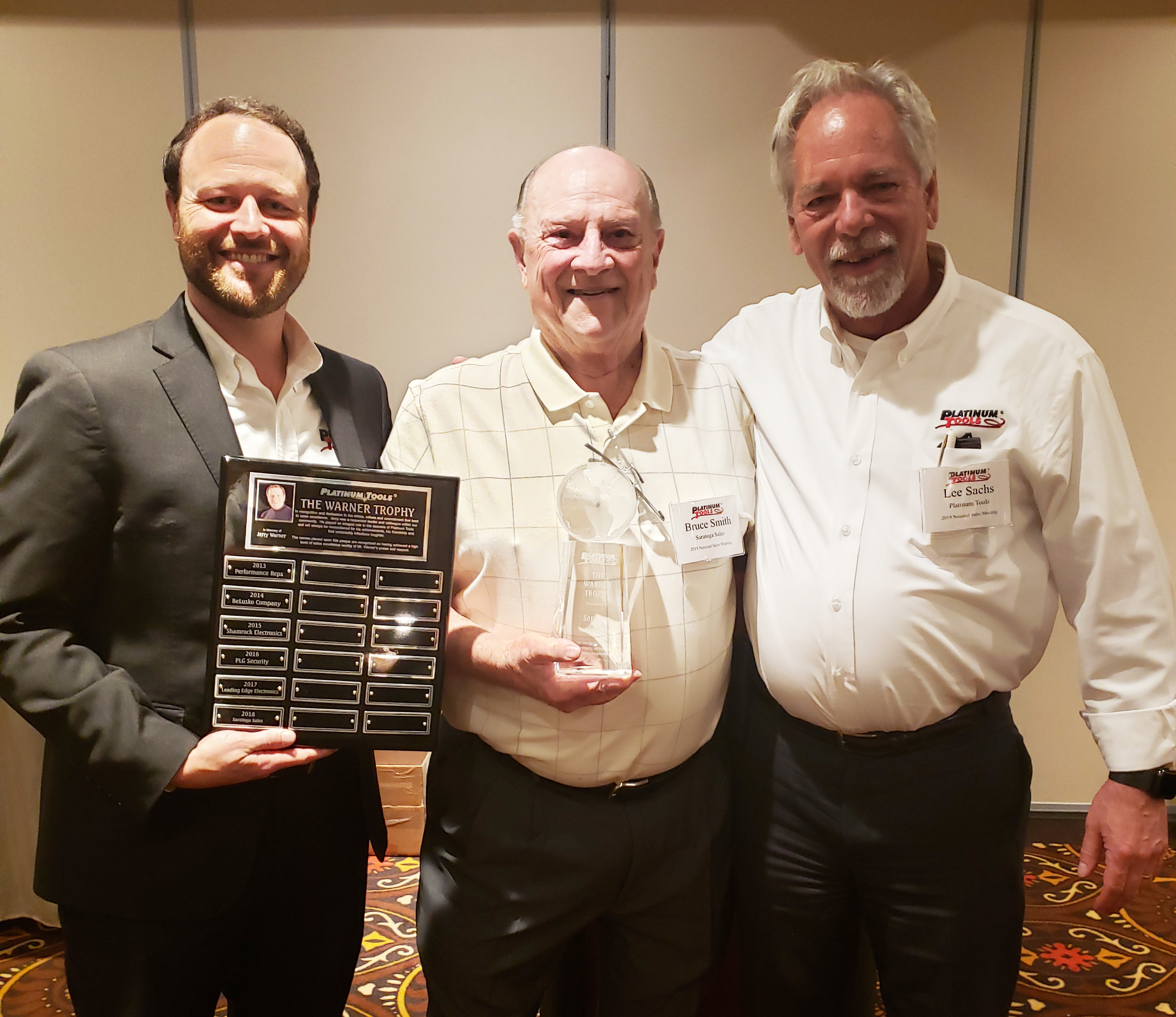 NEWBURY PARK, Calif., April 17, 2019 – Platinum Tools® (www.platinumtools.com), the leader in solutions for the preparation, installation, hand termination and testing of wire and cable, recently announced its Reps of the Year at its annual sales meeting during the 2019 NAB and 2019 ISC West Shows in Las Vegas, Nev.

Platinum Tools manufacturer’s representatives were recognized in numerous categories, including the Rep of the Year, known as the “Warner Trophy”, so named after the late Jerry Warner, a Platinum Tools rep in the Southern California Territory for many years before his passing from cancer.

“This year, we are proud to award the Warner Trophy to Saratoga Sales,” said Lee Sachs, Platinum Tools, Inc. president and general manager. “The Warner Trophy is presented in recognition and dedication to the ethics, values and commitment that lead to sales excellence. Jerry was a respected leader and colleague within our community. He played an integral role in the success of Platinum Tools and will always be remembered for his achievements, his friendship, and that undeniably infectious laughter. Sales Reps that have earned this award are recognized as having achieved a high level of sales excellence worthy of Mr. Warner’s praise and respect.”

“All of these awards are ranked by sales excellence and territory growth, and so we also want to recognize and thank Leading Edge, BT Sales, and Tec-South Sales, as well as all of our outstanding partners, for a tremendous year,” Sachs concluded.